Sarajevo is built like a timeline, with it’s oldest part being the East point of the city.

On this tour you will hear more about the history of the place and you will be traveling from the 16th century part of the city towards newer buildings that were built in the 19th and early 20th century. This “time-travelling” is most visual at one point where you’ll be clearly standing on a line that connects oriental East and modern West.

During the tour you’ll recreate scenes from old postcards and photographs of famous Sarajevo landmarks and sites. At the end of the walk and photo-shooting you’ll receive personalized photo-book, in high quality print (because we’re not cheap skanks), with your photos next to the historical photographs, taken at the same location. This is a great way to participate in an educational tour and to have a unique souvenir at the end.

We will see 8 locations (and we keep them secret so our competition doesn’t copy us!). 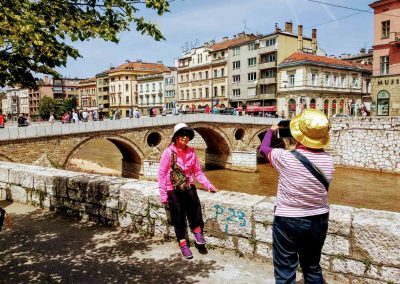 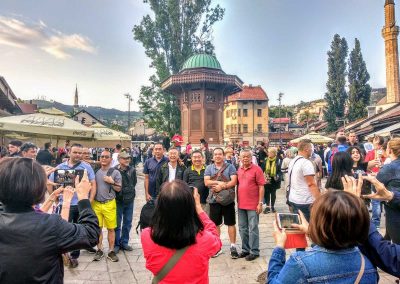 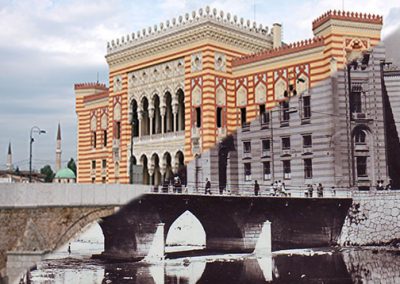 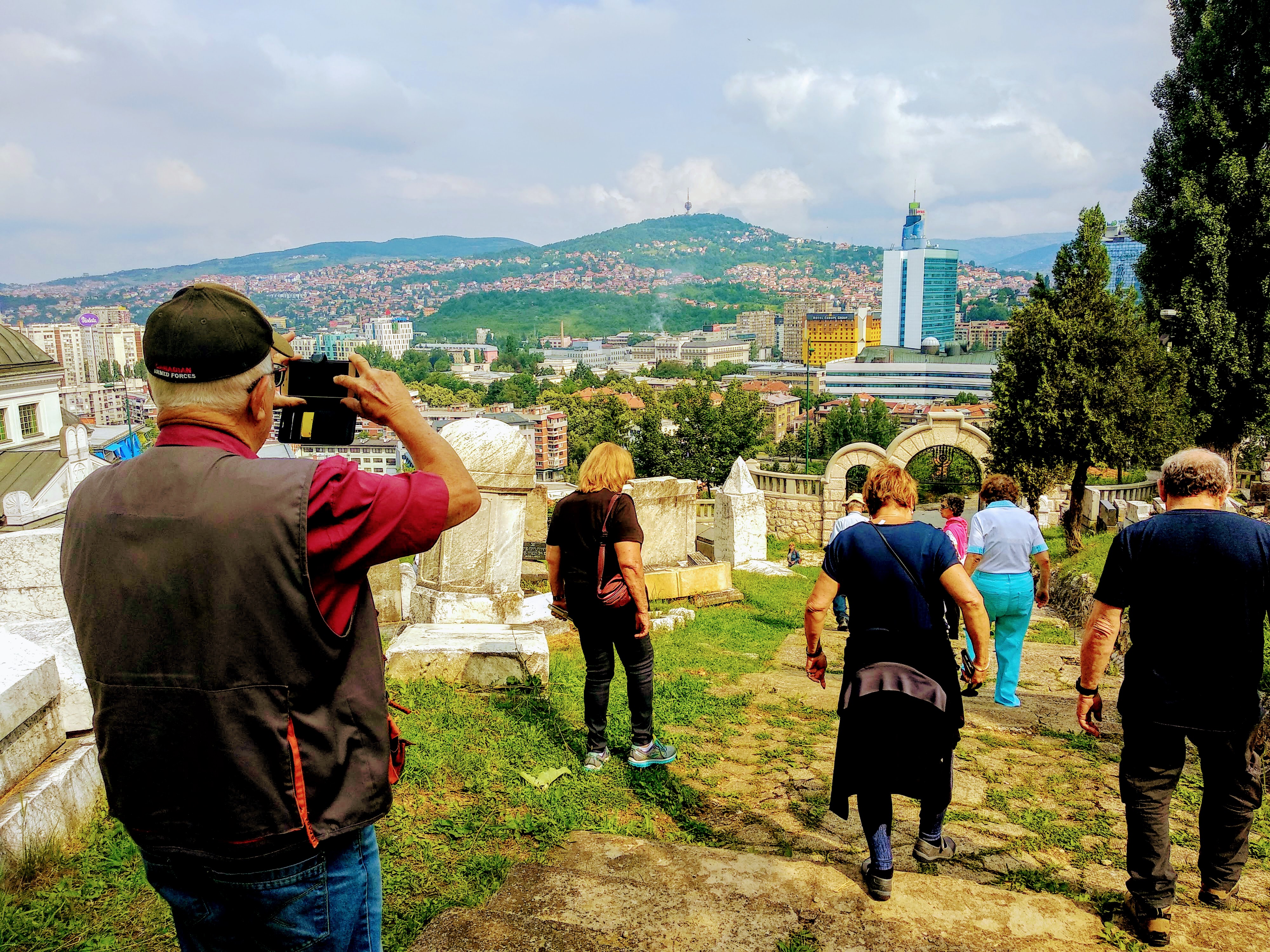 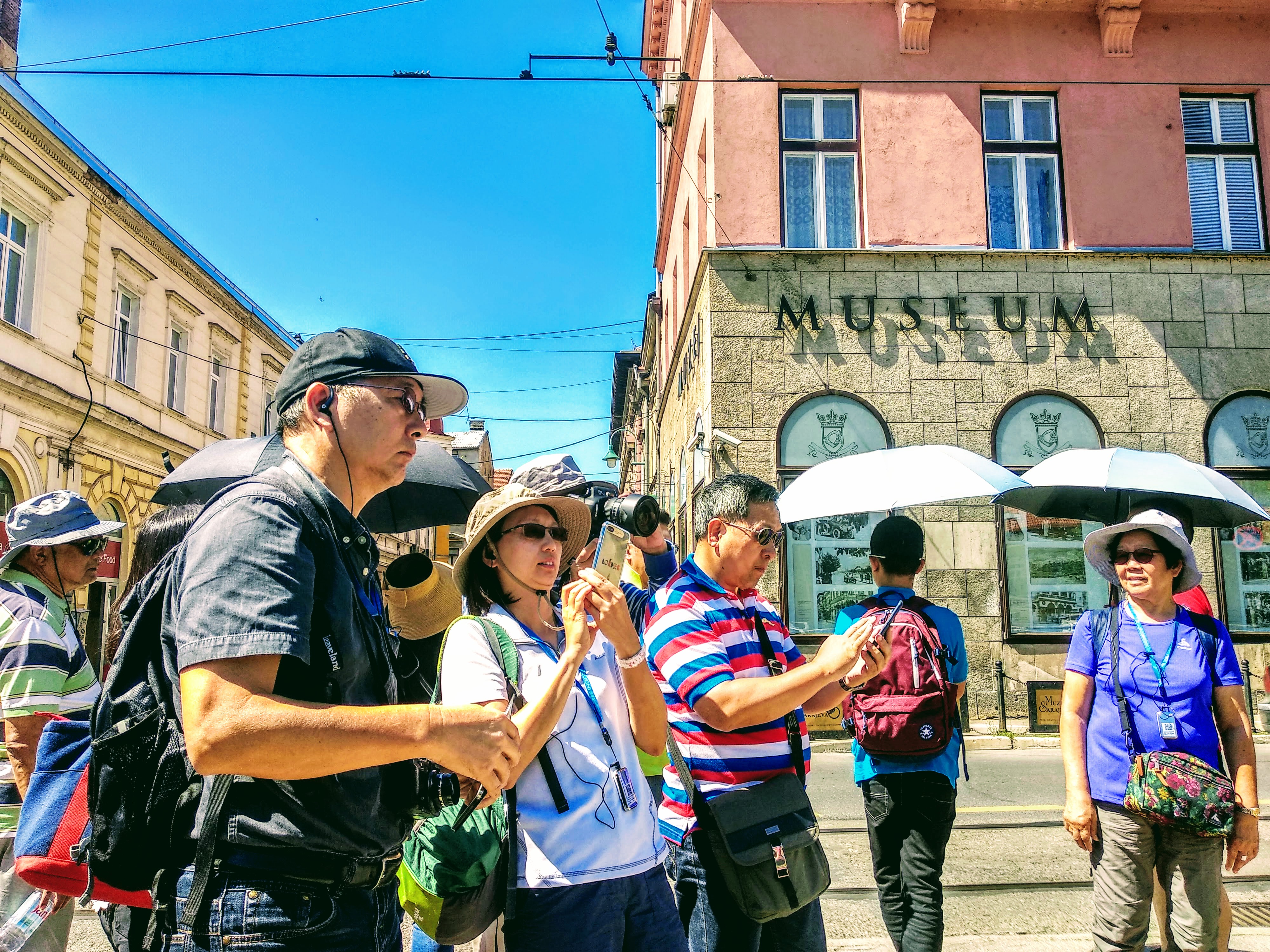 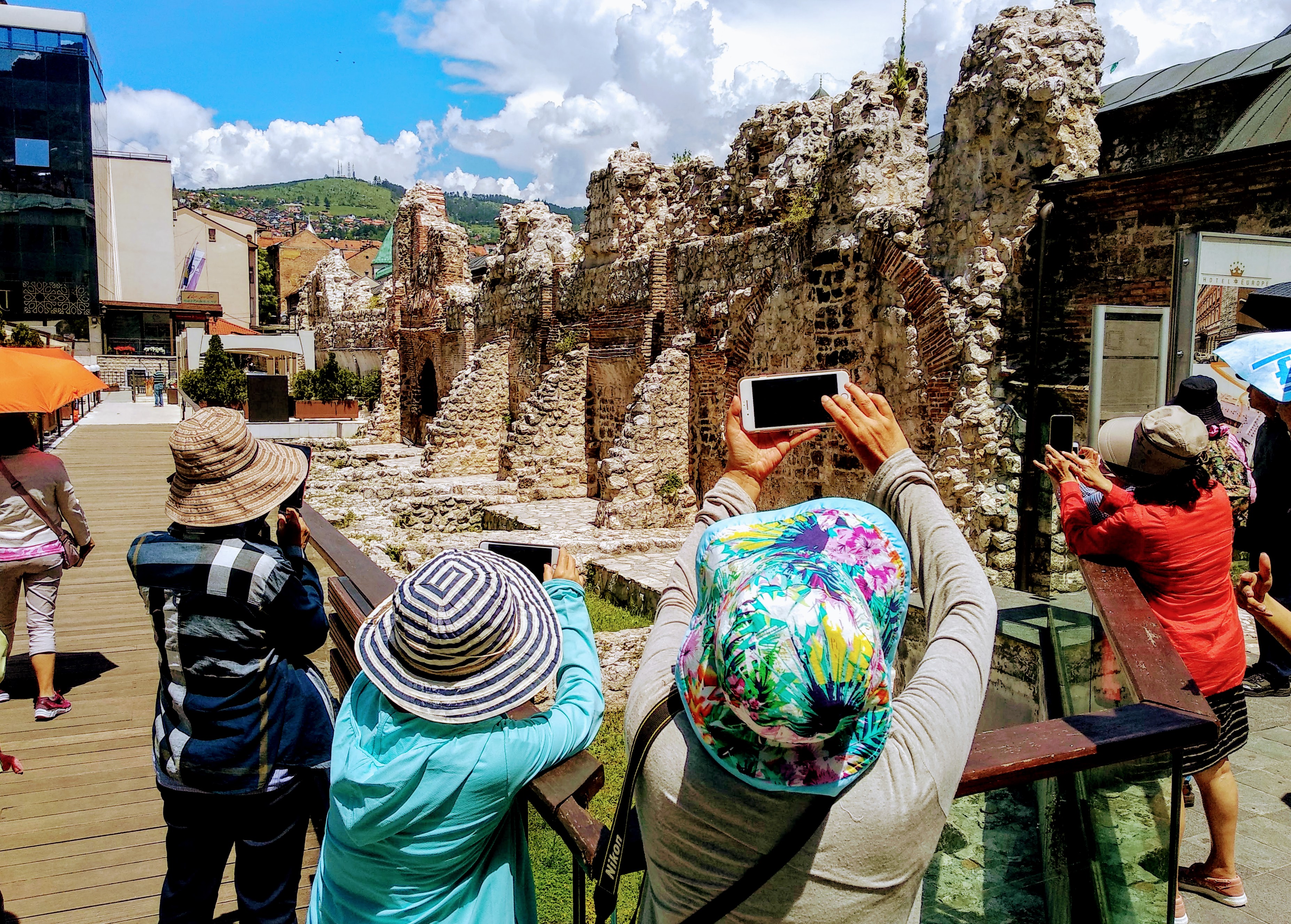 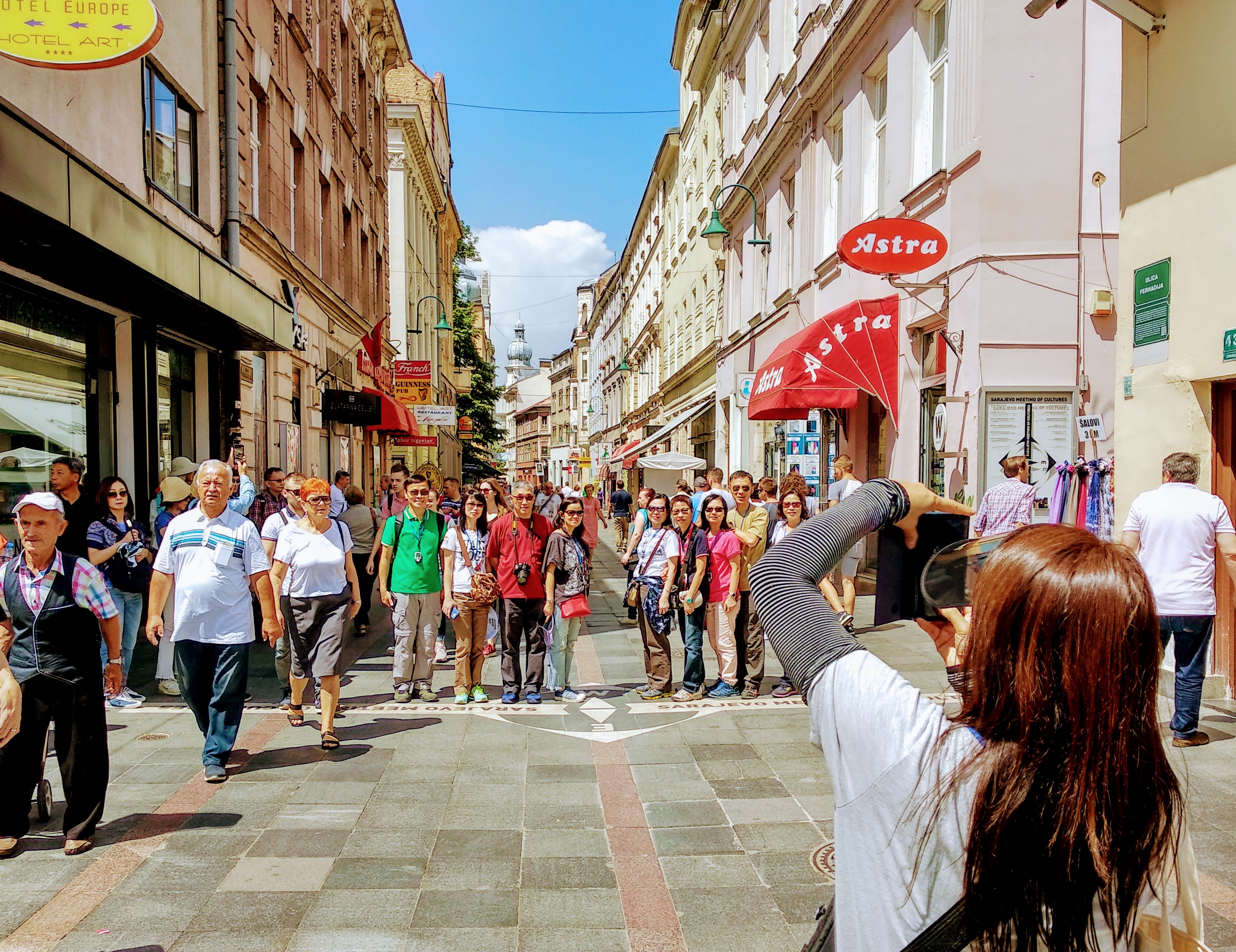 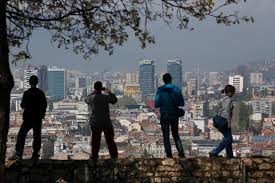